Passover or Pesach, is the biblical feast that Jesus and his disciples celebrated, and that God had ordained to be celebrated annually in remembrance of His mighty act of deliverance some 3500 years ago.

But does the Passover story have any meaning for Christians? Yes it does.

The Passover story is a great example of the biblical principle of “foreshadowing”: people, events or practices that existed pre-Christ, point towards their future fulfilment in Christ. The parallels of the Passover story and our own salvation through Christ are astonishing. 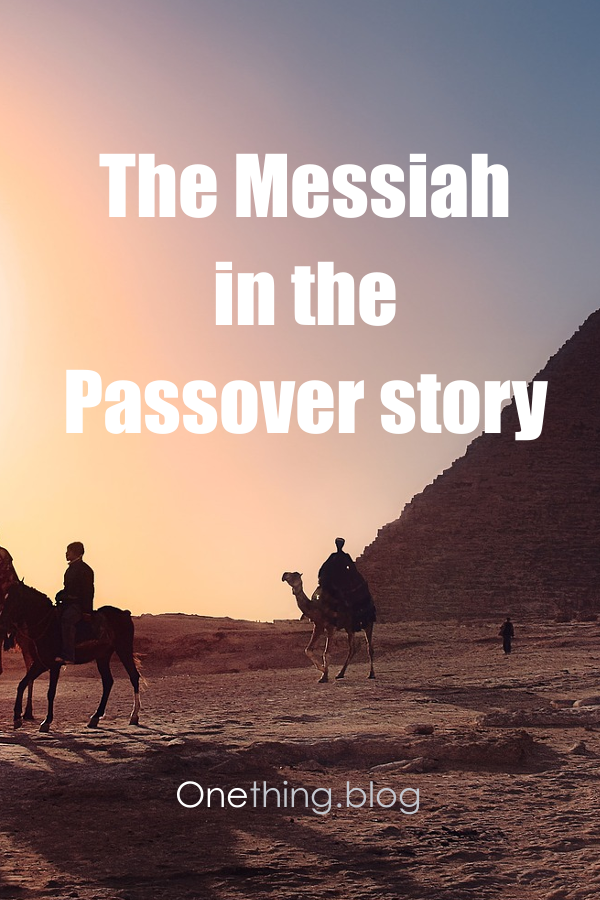 Israel: A people born into slavery

The Passover story begins with a people born into slavery. The children of Abraham, the father of faith, had become Pharaoh’s subjects. For generations they were forced to build his kingdom, the greatest and most powerful of its time. Eventually, none of them knew any other life than that of a slave. And unless God would intervene, their fate was sealed, without escape, without hope of ever being free.

In Genesis 15:16 we read that when God deemed the time to be right, he put an end to Israel’s bondage. In Moses, survivor of a royal-decreed mass-infanticide, God sent an unusual hero and unconventional deliverer: Moses had a stammer and shun away from public speech. And instead of invading Egypt with an army, he came with nothing but a shepherd’s staff.

A prince who left his palace

Moses was one of the Israelites, yet not really. Though his parents were slaves, he never was, but instead grew up in Egypt’s Royal palace until the day he left its luxuries and splendour behind and joined his brothers and sisters, making bricks, exposed to the task masters’ whip.

God’s judgement on Pharao and the gods of Egypt

Moses was God’s instrument to bring severe judgement on Egypt. As Pharaoh’s heart hardened and he refused to let the Israelites go, Yahweh, the God of Israel, put His sovereignty over Egypt’s deities powerfully on display: in sending the Ten Plagues, Yahweh turned the Nile god into blood, the sun god into darkness, and eventually slayed the first-born, the future Pharaoh (who one day would be worshipped as a god). All along, the Israelite slaves were under His protecting hand.

“So the LORD brought us out of Egypt with a mighty hand and with an outstretched arm, with great terror and with signs and wonders.” Deuteronomy 26:8 (NIV)

As Pharaoh’s resistance first broke, the slaves could finally make their way out of Egypt. As soon as they had tasted freedom for the first time in their life, their oppressors began to pursue them to have them back in bondage. Only when the Red Sea had finally separated them, Israel was free at last.

Mankind: A people born into sin

As the Israelites of ancient times, we also once were slaves to sin. Like them, we did not choose to be slaves. But as descendants of Adam we were bound to sin, and the prince of this age had us firmly in his grip. We were part of his dominion, used by him to engage in works of darkness. By our own strength, we never had any hope of escape.

Just as God remembered his people in Egypt (Exodus 2:24), He had mercy on us, not wanting anyone to perish but have abundant, eternal life. When the appointed time came, He sent Jesus, born of a woman, born under the law to redeem us who are under the law (Galatians 4:4).

Jesus escaped mass-infanticide ordered by a wicked ruler. Jesus too was an unlikely and unconventional deliverer: In Isaiah 53 we read he was despised and had no beauty to behold. Unlike many had hoped, Jesus did not start a revolt to end Roman rule over Judaea. Instead he came as a shepherd, leading us out of bondage to sin.

The Prince left his Heavenly Glory behind

Jesus was one of us, yet not really (similar to Moses, but different): Jesus never was a slave to sin, although his mother Mary was. Jesus didn’t leave the enemy’s palace, but he left the Heavenly Palace, taking on human form to join his people on earth.

Satan’s tight and unrelenting grip also needed to be broken by death, and just as the sea irrevocably separated the Israelites from their former masters, Christ’s death (and our partaking in it) separates us from sin’s rule and Satan’s dominion. We have been brought into a new realm, God’s kingdom. Egypt is past.

“He has delivered us from the power of darkness and conveyed us into the kingdom of the Son of His love.” Colossians 1:13 (NKJV)

Finally, as He judged the nation of ancient Egypt, God will one day judge the world: because of its hardened heart towards God and towards his Son Jesus Christ (Romans 1) and because of their treatment of God’s people Israel (Joel 3:2). As in ancient Egypt, Israel is still God’s measuring line.

During this Easter period, take time to reflect on the Exodus story and its significance in your personal walk with the Lord. You are free from bondage, separated from sin through Jesus’ death on the cross. There is no going back and the arm of your former task master cannot reach you!

Read more about biblical feasts and how they point to Jesus:

Turn your crisis into an opportunity: A crisis can empower us to make those life-changing decisions we have been putting off for so long. It can liberate us from the fear that has been holding us back.
When life doesn’t go as planned, having the right perspective is vital if we want to turn a crisis into an opportunity for growth and change. A crisis may be the end of something, but it is not the end. There is always a tomorrow. Aligning our thinking and decisions with God's word impacts what that tomorrow looks like.
Have a joyful weekend everyone❤
Yes it can. This nation is called Israel. A prophetic word from 2700 years ago was fulfilled before our eyes, 73 years ago today! Happy Birthday Israel! 🇮🇱 A daily reminder of God's enduring love and faithfulness.
God is the giver of life. He is the source of life. We are nothing without Him.
"See! The winter is past; the rains are over and gone. Flowers appear on the earth; the season of singing has come, the cooing of doves is heard in our land. The fig tree forms its early fruit; the blossoming vines spread their fragrance. Arise, come, my darling; my beautiful one, come with me." Song of Solomon 2:11-13 (NIV)