Psalm 91 is more than a popular prayer in times of crisis or danger. It describes the blessings a person enjoys who dwells in the secret place of the Most High – the place of intimacy with God.

“Whoever dwells in the secret place of the Most High…”. Verse 1 makes perfectly clear that not everyone “will rest in the shadow of the Almighty.” Not every believer gets to enjoy the blessings of Psalm 91, but only those who live in God’s secret place. Psalm 91 therefore is a call to intimacy with God.

The Hebrew word for dwelling – ישב („yoshev“) – speaks of a habitual residence. It describes a state of continuously living in one place. In the Bible, the most frequent use of this word is to describe “inhabitants”, e.g. the inhabitants of the Canaan as in Joshua 2:24: “for indeed all the inhabitants of the country are fainthearted because of us.”

Mordechai, Ester’s cousin, sat at the king’s gate. He didn’t sit there once, or occasionally. We can presume Mordechai had an official role in the king’s service, and the place where he would exercise this role was the gate. Here he overheard when two officials plotted against the king, here he refused to bow to Haman, and here he sat when he was crying out to God about the genocide the Jewish people faced.

The word translated as secret place here in Hebrew is סתר (“seter”). In many of the other places it occurs, this word is used for something done in secret, or something hidden. Whenever it describes a place, as it does in Psalm 91:1, it is translated as a secret, secluded, shielded place:

These two verses reveal that this secret place is God’s very presence. While Psalm 31:20 makes it obvious, Psalm 27:5 speaks about God’s tent (אהל). 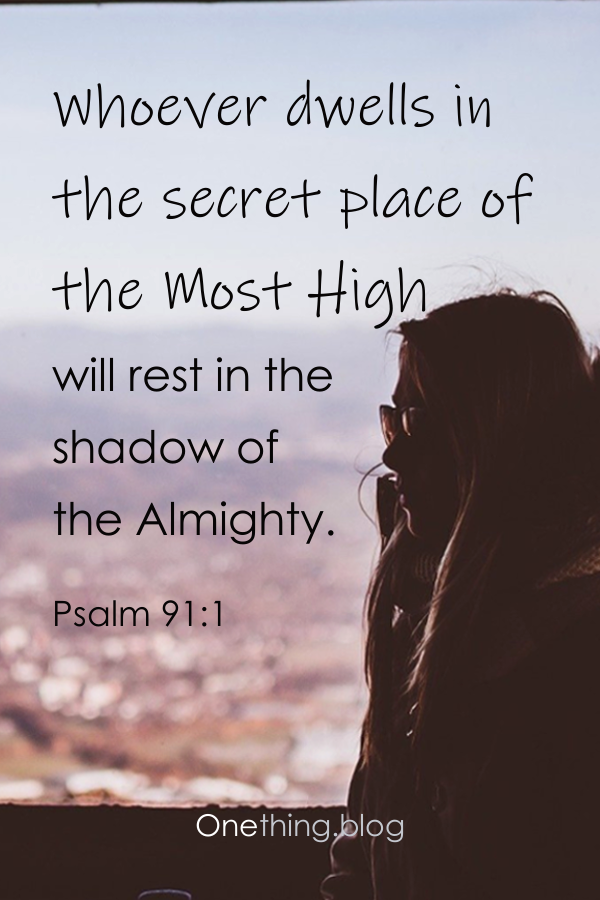 (In the days of Moses’ Tabernacle and later on in the Temple, the Ark stood in the Holy of Holies. The Ark represented the presence of God, and only one man had access to it – the High Priest who entered the Holy of Holies once a year on Yom Kippur.)

Meeting God in the Secret Place

These scriptures point to one thing: the Secret Place of the Most High is His very presence. It is where He dwells. It is where He is found, where we meet him. And those who did meet with Him – be it Moses, Joshua, the High Priest, David – they all met God one to one.

In particular in this time when the world comes to a standstill and many of us are confined to our homes – instead of filling our time with Netflix and social media, let’s return to the Lord.

God’s Secret Place is not our inner room but His very presence. Being in God’s presence is not limited to the moment we shut our door and pray. God is not bound to time and space; he does not dwell in houses built of stone – He lives within us. And so, we can carry His presence with us wherever we go. When we leave the inner room, where we meet with him and spend time with him, we carry that sense of rootedness, that anchor that reaches behind the veil (Hebrews 6:19) within us. We can dwell in His Secret Place 24/7.