Every year, Jewish people around the world celebrate Passover (or Pesach) just as God has commanded them in the Bible. It is a remembrance of their last night of slavery in Egypt, when the Israelites slaughtered and ate the Passover lamb. This lamb was an image foreshadowing of the true Lamb that was to come – Jesus, the true Passover.

Have you ever wondered why Jesus is called the “Lamb of God”? Or why the New Testaments pusts such an emphasis on the blood that Jesus shed on the cross?

“For you know that it was not with perishable things such as silver or gold that you were redeemed from the empty way of life you inherited from your forefathers, but with the precious blood of Christ, a lamb without blemish or spot.” 1 Peter 1:18-19 (BSB)

The writers of the New Testament did not invent a new theological concept. They took what God had revealed to Israel in the past and proved how all these prophecies in the Old Testament were fulfilled in Yeshua – Jesus.

If we want to fully understand all the things Jesus has done for us, we must go back to the beginning. Jesus said, the Scriptures speak of him – and one story that points towards Jesus is the Passover story.

In the night that God delivered Israel out of Egypt, Moses warned of the Destroyer visiting Egypt and slaying every first born male. To escape from His judgement, God provided an unusual and unprecedented means of salvation: the blood of a 1 year old lamb had to be applied around the door frame. Special emphasis was laid on the fact that the lamb had to be flawless, without any blemish (Exodus 12:3-6) and for that it had to undergo a 4 day long examination.

For their lives to be spared, the Israelites had to stay inside their house, under the protection of the lamb’s blood. Furthermore, they were commanded to eat the lamb, which was from then on called the Pesach, or Passover.

If these two conditions were met, the Destroyer, the Angel of Death, would pass over and spare those “covered” by the blood. While Egypt’s first born males died that night, the lamb died in the place of Israel’s first born males, and they were spared.

An unusual means of salvation

God gave no explanation to these detailed instructions, why it had to be so and not otherwise. There was no precedent, and no alternative. The Israelites had to believe, obey and put their trust in the lamb and its blood. It was not until the Destroyer had actually passed over, that they knew for sure they had escaped. How could they have known this would work? They could not. But they could choose to believe God’s promise and his faithfulness, and trust the blood of the lamb would be sufficient.

In Exodus 12:43 we read that the eating of the Passover lamb was an exclusive right to the people of God, Israel, and those Gentiles who had joined God’s covenant people and received the sign of circumcision. No one outside God’s covenant was allowed to partake in it.

Jesus, the Lamb of God

The lamb the Israelites slaughtered and ate was an image foreshadowing of the true Lamb that was to come – Jesus, the true Passover. In John 1:19, at the beginning of Jesus’ public ministry, we read John the Baptist introducing him:

Jesus fulfilled the requirements of the Passover lamb: he ministered all across Judaea and the Galilee publicly, in the synagogues, in the Temple. His teaching and his life was thoroughly examined, and despite countless occasions of testing him, the experts of the Mosaic Law could find no fault with him.

It is Jesus’ blood that protects us from God’s wrath and judgement (Romans 3:24-25). Just as applying blood on a doorframe may appear an odd means of protection to the sceptic, so would trusting the blood of Christ. Furthermore, God provided no alternative means of salvation: the Israelites needed and could do nothing but trust the blood’s sufficiency. And we cannot save ourselves by good works. Jesus accomplished it all and we can only surrender and trust in the sufficiency of his death on Calvary.

Partaking in Jesus’ flesh and blood

Our identification with our substitute goes a step further. We also partake in the Passover lamb by eating it. In John 6:53+56 Jesus said “unless you eat the flesh of the Son of Man and drink his blood, you have no life in you. He who eats my flesh and drinks my blood abides in me, and I in him.” (NKJV) We do this every time we take communion. Partaking in Jesus’ flesh and blood is exclusively reserved for God’s covenant people, be it Israelites or Gentiles, who have first received the sign of circumcision of the heart. 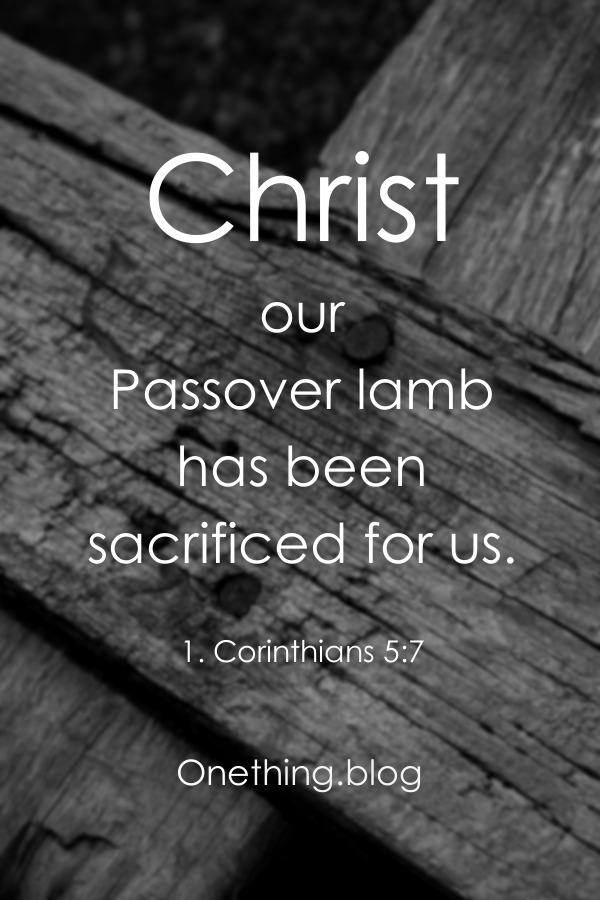 A once and for all sacrifice

The Passover lamb foreshadows Jesus also in its unique one-time sacrifice. The Passover lamb was sacrificed once; there was never a need for a second one. Israel was free! The feast of Passover was celebrated each year as a remembrance, but it never again became a means of another salvation.

Jesus’ sacrifice on the cross of Calvary was a once and for all act of deliverance. As we put our trust in this true Passover lamb, we are free from bondage to sin. We are free from Satan’s dominion and conveyed into the Kingdom of God. This is what we remember when we take communion – what has already been accomplished for us!

NB: The Pesach must not be confused with the sacrificial system of Sinai. This was given because of the Israelites’ disobedience as a means to atone for sins committed. It was not for the deliverance out of Pharaoh’s hand. Atonement for sin was made on Yom Kippur, and also that holy day points to Jesus. 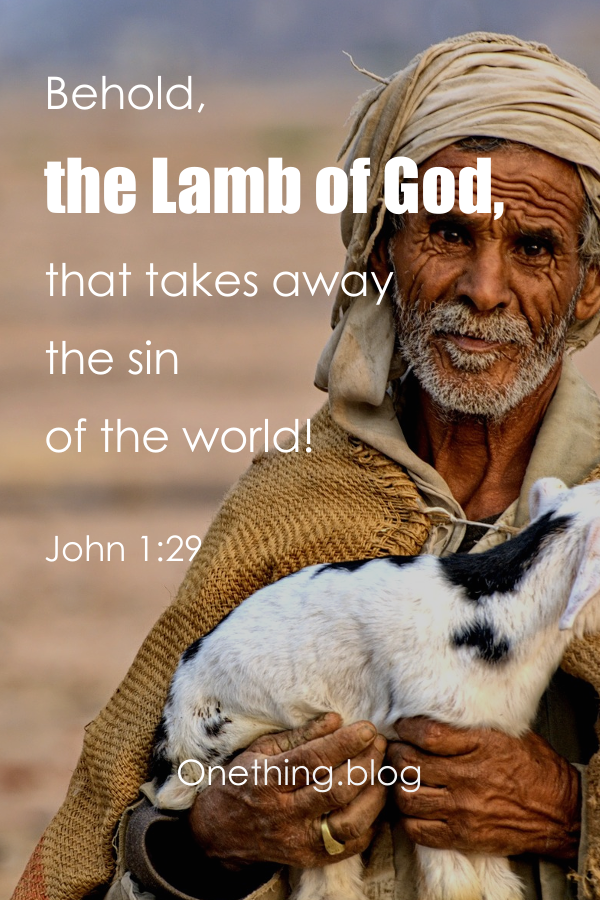